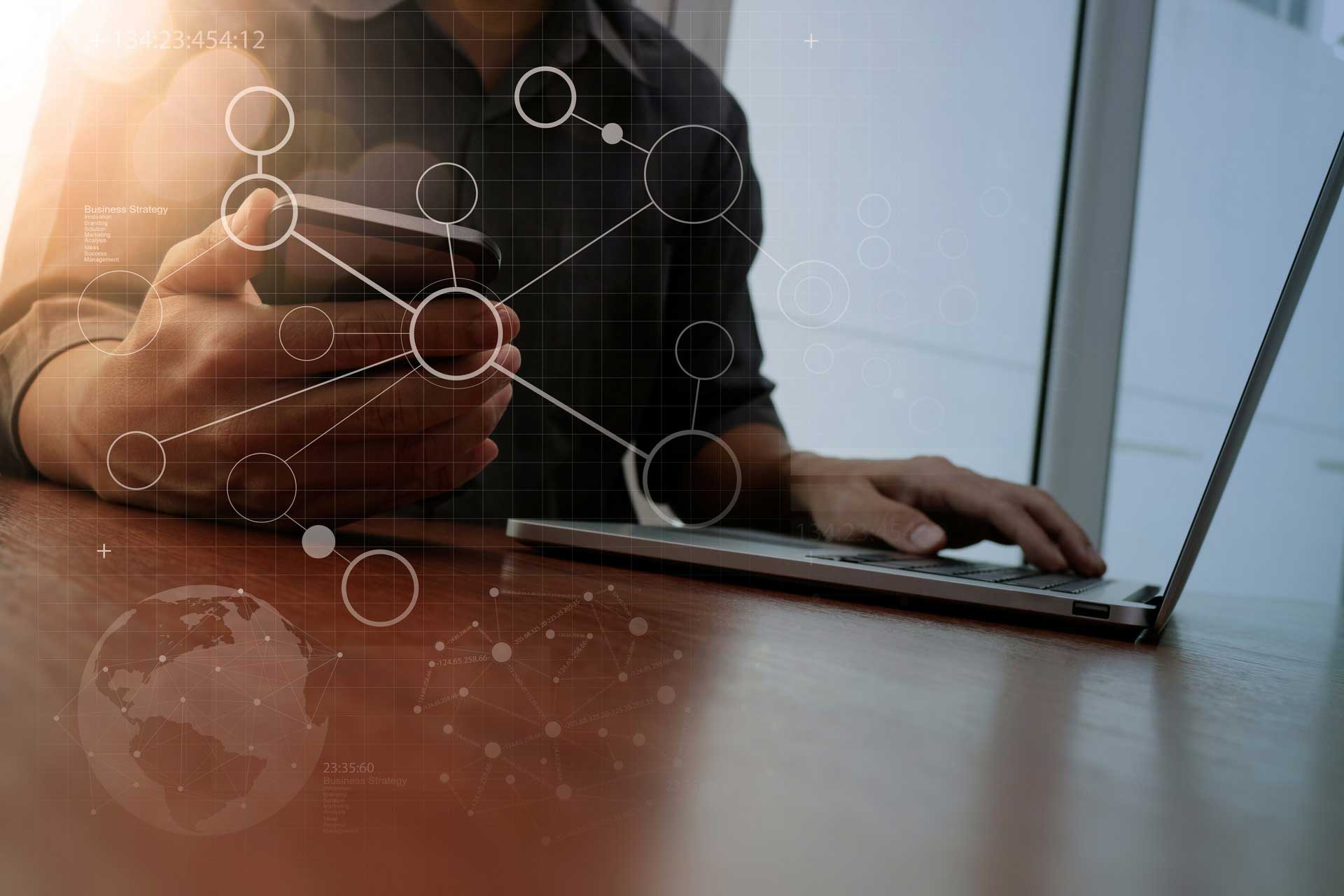 As the new year began last month I realised that I have now been involved with multilingual web services, translation and marketing for around 15 years – and that is an extremely long time in “Internet” years! If you are interested, here is a screen capture of my company website as it was in 1997: 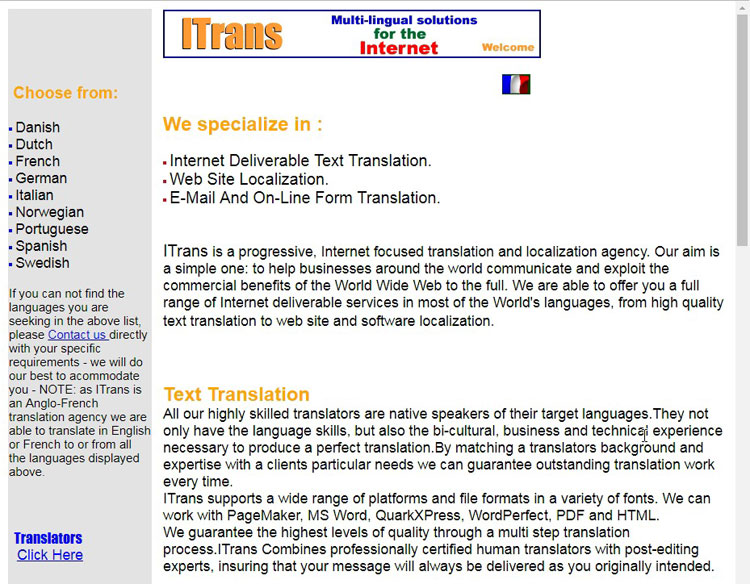 You can see that, even then, I was offering website localization, search engine registration, and email and online form translation. In fact, services almost identical to those you would receive today. In those days, the web was overwhelmingly English speaking and it was very rare to come across a multilingual website. Strangely though, as soon as I had understood what the web was developing into it seemed obvious that, due to developing international interconnectivity, a multilingual website would very quickly become a necessity. So, in 1996, I set up a completely web-based and web-focused translation agency offering what today would be termed multilingual web marketing services – and waited for the next gold rush to begin! And waited, and waited…

It wasn’t until several years later that I was prepared to admit the primary reason why the take-up in those early days of the web was so disappointing: technological limitations. The technology needed to create and view multilingual websites was very cumbersome and difficult to use, with, in many cases, no accepted standardisation. You often had to use a special program suite to create or localize multilingual content; the only problem was that your website user or email recipient also had to have the same program to see the content! In addition, the web was really so new that, even though the potential was obviously there, people using it were still trying to understand what it was, how it worked, and how it could be used to make money. Even large corporations struggled with this, so perhaps it’s not surprising how difficult it was for smaller companies and individuals to develop a coherent web strategy at that time. For anything to become accepted as mainstream around the world there needs to be a convergence of technology, global understanding of the benefits of that technology, ease of use and ease of access. To summarise: the technology has to be universally accessible, a “no-brainer” to use and, preferably, initially free to use as well.

In my opinion, it is literally only in the last couple of years that we have finally started to see these elements being delivered and, at last, multilingual web take-up becoming mainstream and globally accepted. The main reasons for this are to do with the dominance of Google and its free translation system (which is becoming the de facto standard free machine translation tool), the popularity of Facebook and its decision to develop multilingual content using its own members, the popularity of the iPhone and other smart phones, the built-in multilingual capabilities of modern computer operating systems, the acceptance of the unicode standard on the web and, lastly, the process of globalization that is ongoing around the world at the present time.

For me, the most important element of the above list is actually Google translate. I used to study computational linguistics and understand how difficult and frustrating it has been to develop effective machine translation tools. The breakthrough that Google has made has been to basically throw away the standard computational linguistics theory and replace it with what could be termed a super translation memory approach. Google uses its huge web database to feed the translation memory with real-world already translated segments. It would seem that this “brute-force” approach is now paying huge dividends. It also has to be mentioned that research into machine translation actually takes many years before it filters through into usable tools, and the translation technology that Google is presenting now is the fruit of what was happening some years ago. I think in a couple of years from now we will start to see some truly amazing automatic translation results being delivered at the click of a mouse.

This, of course, is the key; a good quality, free to use and link to translation tool will enable developers to create extraordinary tools that will enable multilingual web marketing to be carried out by anyone.

What will 2011 bring? In no particular order, my predictions are as follows: Google will continue to dominate (multilingual) web search in most countries but will also start to dominate in social and mobile search as well (Google Instant was a big step forward in this regard). Baidu and Yandex will continue to dominate in China and Russia in  2011, but if these two have a weakness at all it is probably in social and mobile search which will certainly become one of the dominant trends through 2011 as new technology – in particular mass smartphone adoption  – moves the computing experience still further away from the stationary PC.

2010 saw a whole bunch of new and exciting web marketing tools arrive for the Twitter platform and I predict that this will not only continue through 2011 but Twitter will become an even more integral way of performing multilingual web marketing. One thing that Twitter does very well is provide a local user experience and this is going to be perhaps one of the biggest trends of this year: local search coupled to local social networking and marketing (such as discount offers, coupons etc.). Finally, I see no reason to think that Facebook will not continue to be dominant in social marketing this year and I cannot see its meteoric user base rise peaking any time soon.

I am a Digital Globalization Consultant. I help companies develop an international web presence and aim their products and services at a global market - not just a local one.